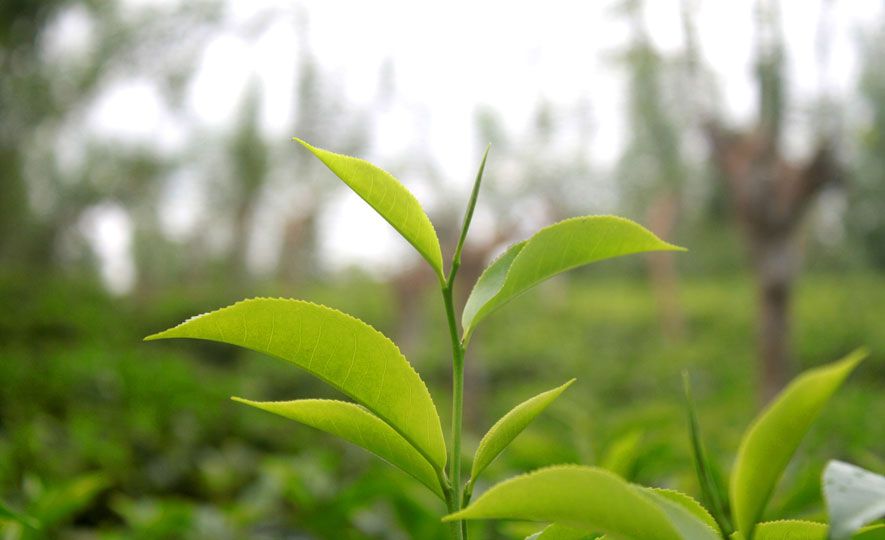 The most widely consumed varieties of tea - including black tea, green tea, Oolong tea, white tea, and chai - all stems from the leaves of the evergreen shrub Camellia sinensis, otherwise known as the tea tree. Irrespective of tea's vast cultural and economic significance, the shrub behind the tea leaves is in relative obscurity. But, the first draft of the tea tree genome published on May 1, 2017 in the journal Molecular Plant may help explain why tea leaves are quite so rich in antioxidants and caffeine.

Grasping how the tea tree genetically differs from its close relatives may help tea growers see what makes Camellia sinensis leaves so special. The genus Camellia includes over 100 species -- including several popular decorative garden plants and C. oleifera, which produces "tea tree" oil -- but only two major varieties (C. sinensis. var. assamica and C. sinensis var. sinensis) are grown commercially for making tea. "There are many diverse flavors, but the mystery is what determines or what is the genetic basis of tea flavors?" says plant geneticist Lizhi Gao of Kunming Institute of Botany in China.

Previous studies have suggested that tea takes much of its flavor from a group of antioxidants called flavonoids, molecules that are believed to help plants survive in their environments. One, a bitter-tasting flavonoid called catechin, is particularly associated with tea flavour. Levels of catechin and other flavonoids differ amongst Camellia species, as does caffeine. Gao and his colleagues discovered that C. sinensis leaves not only carry high levels of catechins, caffeine, and flavonoids, but also possess multiple copies of the genes that produce caffeine and flavonoids.

Caffeine and flavonoids such as catechins are not proteins (and therefore not encoded in the genome directly); but genetically encoded proteins in the tea leaves manufacture them. All Camellia species have genes for the caffeine- and flavonoid-producing pathways, but each species expresses those genes at different levels. That variation may explain why C. sinensis leaves are suited for poroducing tea, while other Camellia species' leaves aren't.

Gao and his colleagues extrapolate that over half of the base pairs (67%) in the tea tree genome are part of retrotransposon sequences, or "jumping genes," which have copied-and-pasted themselves into different spots in the genome numerous times. The high number of retrotransposons caused a dramatic expansion in genome size of tea tree, and possibly many, many duplicates of certain genes, including the disease-resistant ones. The researchers think that these "expanded" gene families must have helped tea trees adapt to different climates and environmental stresses, as tea shrubs grow well on several continents in a broad range of climate conditions. Since much of the retrotransposon copying & pasting seems to have befallen relatively recently in the tea tree's evolutionary history, the researchers theorize that at least some of the duplications are responses to cultivation.

However, these duplicated genes and the large number of repeat sequences also turned assembling a tea tree genome into a most difficult task . "Our lab has successfully sequenced and assembled more than twenty plant genomes," says Gao. "But this genome, the tea tree genome, was tough."

For one thing, the tea tree genome was discovered to be much larger than initially expected. At 3.02 billion base pairs in length, the tea tree genome is more than four times the size of the coffee plant genome and much larger than most sequenced plant species. Further complicating the picture is the fact that many of those genes are duplicates or near-duplicates. Whole genomes are too long to sequence in one piece, so instead, scientists must copy thousands upon thousands of genome fragments, sequence them, and identify overlapping sequences that appear in multiple fragments. Those overlap sites become sign posts for lining up the fragments in the right order. However, when the genome itself contains sequences that are repeated hundreds or thousands of times, those overlaps disappear into the crowd of repeats; it's like assembling a million piece puzzle where all the middle pieces look almost exactly alike.

Even with sophisticated sequencing, assembling the genome took the team more than 5 years.

And still, there is more work that remains to be done, both in terms of double-checking the genome draft and in terms of sequencing different tea tree varieties from around the world. "Together with the construction of genetic maps and new sequencing technologies, we are working on an updated tea tree genome that will investigate some of the flavor," says Gao. "We will look at gene copy number variation to see how they affect tea properties, like flavor. We want to get a map of different tea tree variation and answer how it was domesticated, cultivated, and dispersed to different continents of the world."