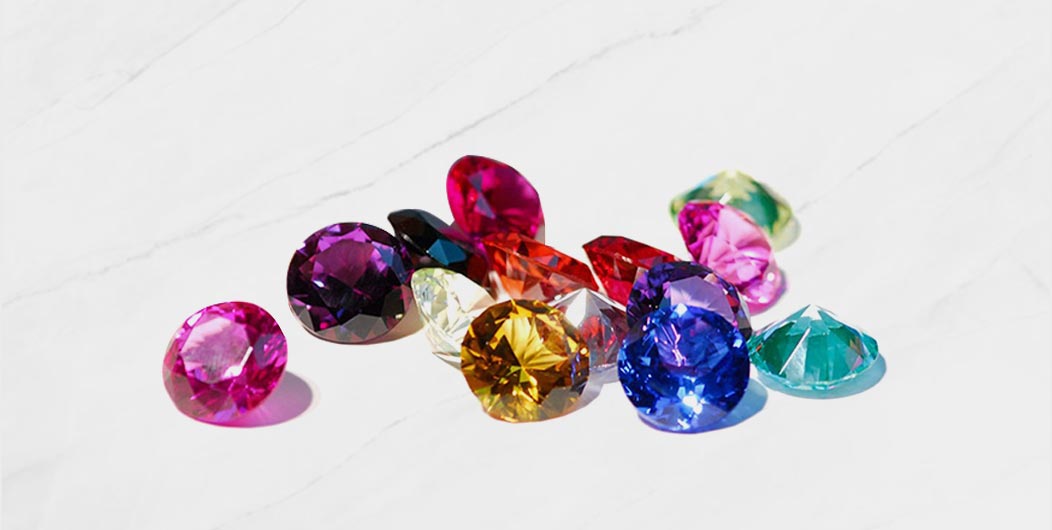 Hailed as the Mythical Tarshish, Sri Lanka has positioned itself as the best country for sourcing precious stones. Around 90% of the country’s land is made of metamorphic rocks of the Precambrian age, approximately 25% of the total land is gem bearing, out of which most deposits are located in the Highland, Southwestern complex. Gem mining of Sri Lanka has a history of more than 2000 years. (1)

Sri Lanka contains a critical area of the Gondwana supercontinent that was assembled millions of years ago between 550 to 950 million years ago. Most of the commercially important gem varieties of Sri Lanka can be found in the areas of Rathnapura, Balangoda, and Elahera. Mining activities carried out in these gem bearing areas very rarely fall under large scale mining operations.

This is done to protect the ecosystem and ensure sustainable use of Sri Lanka’s gem resources. (2)

As one of the top gem producing countries in the world, Sri Lanka offers a wide variety of precious stones from nearly 10 categories. Including;

Sri Lanka only exports cut and polished gemstones. These gems are subjected to export under the supervision of the National Gem and Jewellery Authority. . Gem testing facilities equipped with modern technology ensure the originality and the quality of these gems. (3)

Sapphire is of the most popular gemstones sourced from Sri Lanka. Even though blue is the colour that sapphires are mostly known for, sapphire stones are also available in other colours such as pink, violet, purple, green, orange, and white. Known as Ceylon Sapphire, the most popular sapphires from Sri Lanka include the cornflower blue sapphire and padparadscha. Sri Lanka is also the country to produce some of the world’s largest and most expensive sapphires.

World-famous sapphires such as The Blue Belle of Asia, Star of Adam, Logan Sapphire, Star of India, and the Blue Giant of the Orient are some of the most celebrated sapphires that are sourced from Sri Lanka. The centrepiece stone in British Royal engagement ring is also a Ceylon sapphire which is probably the most famous out of the lot.

Rubies are world-famous for their unique colour code and their value. The red colour is a result of the presence of chromium available in these precious stones. Most of the ruby varieties found in Sri Lanka are pinkish-red in colour. This is a result of the addition of iron to chromium oxide. Embilipitiya and Udawalawe areas are known to comprise the best Sri Lankan Rubies.

Also known as Chrysoberyl Cat’s eye, Cymophane is another gemstone that is worth purchasing from Sri Lanka. Known for its golden-yellowish colour range that resembles a cat’s eye, Chrysoberyl gemstones enjoy high global demand. Sri Lanka is also the proud sourcing destination that produced the world’s largest cat's eye, “The Eye of the Lion”, which is a dark greenish-yellow, oval cabochon. This was cut from a raw stone that weighed over 700 carats. (4)

Alexandrite is a type of Chrysoberyl that can change its colours from red to green when viewed from different light sources. Its colours also change when viewed from different angles and directions. The three main pleochroic colours of Alexandrite are green, orange, and Purple-red. Even though this precious stone variety seems to be rare, in Sri Lanka it is available in abundance.

Tourmaline varieties are available in all the colours of the rainbow. In Sri Lanka, the colour of Tourmaline ranges from yellowish-green to bright green. It is also considered as the October birthstone. The mixture of dravite and uvite is a unique combination that can be found in Sri Lankan Tourmaline.

Spinel is a rare and beautiful gem. Sri Lanka is the second largest supplier of spinel to the world market. Blue spinel is the variety of the precious stone that is available in abundance in Sri Lanka. This variety is also referred to as, “Cobalt spinel”, which is commonly found in the areas of Rathnapura, Okkampitiya, and Embilipitiya.