Home/Blog/Benefits of Organic Food Made in Sri Lanka

Benefits of Organic Food Made in Sri Lanka 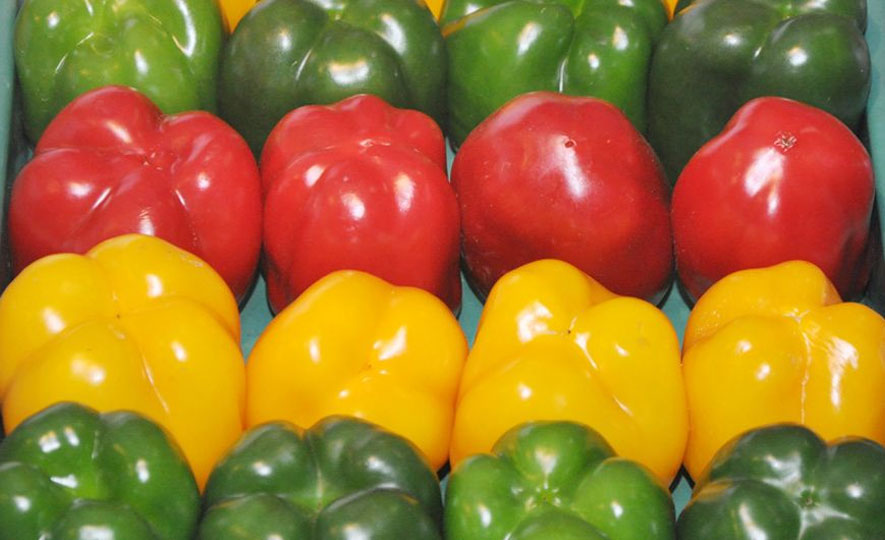 Agricultural products that are grown without the support of any synthetic pesticides, bio-engineered genes, or any artificial fertilizers are known as organic products.

In place of chemical agriculture, organic farming uses organic fertilizers such as farmyard and green manure. When it comes to products derived from livestock, the animals must be fed organically and given access to open-air in a free-range breeding environment instead of providing mass-produced animal feed made with by-products, antibiotic and hormone shots and enclosed breeding.

Organic food comes with a lot of benefits attached to them. According to studies, organically produced food has increased amounts of flavonoids rich with antioxidant properties. Since these fruits, vegetables and grains are not exposed to artificial fertilizers and other chemicals, they have low levels of Cardium, which is a toxic chemical absorbed by plants as well as other harmful toxins and chemicals.

According to many studies, the main products of organic agriculture possess higher dry matter, lower nitrate content, and very few or no pesticide residues. Also, organic products show a high amount of vitamin C content. As carotenoid amounts depend on the soil type, genotype, and the fertilizers used, organically grown carrots, tomatoes, and sweet peppers have shown higher carotenoid content across vegetables and fruits.

Even though many aspects such as nutritional patterns, living conditions, and physical activity decides the overall health condition of an individual; people who consume organic food are comparatively healthier than consumers of processed food.

Consumers with a conventional dietary pattern are always at the risk of being exposed to dangerous food contaminants that are known to exert genotoxic, carcinogenic, neuro-destructive, endocrine effects, and to have allergenic effects. Whereas it has been proved that organic food consumption protects consumers from illnesses caused by dangerous contaminants.

According to the World Health Organisation (WHO) Genetically Modified Organisms (GMOs) can be defined as organisms that are plants, animals or microorganisms, in which the genetic material (DNA) has been altered in a way that does not occur naturally by mating and/or natural recombination (1)

According to the US Department of Agriculture, an organic farmer cannot plant GMO seeds, an organic animal farmer cannot use GMO feed, and an organic food producer can’t use any GMO ingredients. To meet the USDA organic regulations, farmers and processors must show they aren’t using GMOs and that they are protecting their products from contact with prohibited substances, such as GMOs, from farm to table. (2)

Organic farming has a positive impact on both agricultural production, farmers, society and nature conservation. Once a consumer purchases organic products, he or she will be indirectly supporting an agricultural system that generates less pollution. Organic agriculture considers the medium- and long-term effect of agricultural interventions in the agro-echo system. Therefore, it aims to produce food while maintaining an ecological balance to prevent soil fertility and pest problems.

Benefits to the Environment

Although organic farming might yield less than conventional farming methods, it also has less effect on the surrounding fauna and wildlife. Most organic crops provide habitat for many animals while promoting biodiversity.

Birds, animals and insects that support pollination, seed dispersal and pest control are critical to the delicate balance of an ecosystem. However, the use of chemical fertilizers and pesticides can be harmful to the beneficial fauna on a farm. Organic farming helps to keep the farming environment clean and maintain a healthy balance between crops and biodiversity, which also reduces the risk of any infectious diseases and the spread of pests.

Conventional farming involves the use of toxic chemicals as pesticides and fertilizers, whereas in organic farming the risk of such exposure is reduced greatly. Most artificial chemicals cause many diseases. When such chemical-based pesticides are sprayed on crops, they contaminate the soil, water supply and air. The power of their constituents sometimes makes these harmful gases stay around for decades causing various illnesses. The use of natural fertilizers promotes disease resistance.

When it comes to employment, the substitution of chemical inputs in organic agriculture results in higher demand for labour. This creates employment opportunities for residents, especially for individuals located in rural areas.

Organic Tea cultivation in Sri Lanka relies on natural ecological processes, biodiversity, and agriculture cycles to gain a better yield. Even though organic farming practices are still at a primitive stage, it is already active in Dimbula and Uva regions. Further, most of the organic tea estates have transformed themselves into fully organic and biodynamic production by adopting the recycling of resources through the use of cover crops, intercropping, and animal and plant waste recycling. Some tea estates have gone beyond these practices to the implementation of environmentally sustainable methods to integrate indigenous plant species within the plantation. This encourages the return of native fauna to these echo systems.

Sri Lanka owns a great share in the spice world as a major supplier in the global market. Organically produced Sri Lankan spices include Pepper, Cardamom, Cloves, Nutmeg, Cinnamon, Ginger, and Vanilla. Since the market for organic spices is considered to be Niche, they are served at a premium price leading to higher revenue for the export sector. Rules and regulations have been set by governing institutions to make sure that the output meets the required quality standards.

Coconut cultivation has also stepped foot into organic cultivation methods by minimizing the use of chemical-based fertilizers and pesticides. Most coconut estates on the island have followed these practices and have been certified as chemical-free. This helps the local growers and exporters to gain more revenue from both local and global markets.

Fruits and vegetables have a direct risk of getting exposed to harmful chemicals in conventional cultivation. Eventually, this creates adverse effects on human health. Therefore, there is an increase in the demand for organic fruits and vegetables worldwide. This has mainly been affected by lifestyle patterns as there is a trend that promotes the consumption of organic food. The demand for these products can further be increased if people are made more aware of choosing between organic and inorganic food products.

Sri Lankan organic farming sector is mainly influenced by the increasing demand for organically-grown and processed products. Sri Lankan farmers and processors comply with the international requirements from farm to table and go through a rigorous process of third-party certifications including JAS, USDA, EU organic certifications to ensure the quality of organic products made in Sri Lanka.

Treating fruits with a few degrees of heat delays the development of infections by pathogenic fungi. This heat is applied by either vapour or hot air by exposing the fruit to hot water or dipping for a particular exposure period. Fruits such as immature mangoes, papayas, and bananas often face this process as a natural way of eradicating the risk of any infections. Heat treatment also increases the inner lining in tissues while reducing infection and accumulating phytoalexins in fruits. This is a cheaper and simple method followed by most Sri Lankan organic producers to ensure the quality of the product.

Properly designed and manufactured cold storage facilities are used by local organic cultivators to slow down metabolic activities, ripening, moisture loss, and to avoid spoilage. This is done since the metabolism of microorganisms is reduced at cold temperatures.

Removal of diseased leaves, twigs, and transition leaves help in reducing field infections. This practice can save the field from any infections. Harvesting properly is a very important matter since some infections tend to start from small wounds made on the fruit. Therefore, maintaining general sanitation and cleanliness of the handling equipment is a healthy habit that is followed by good organic farmers.