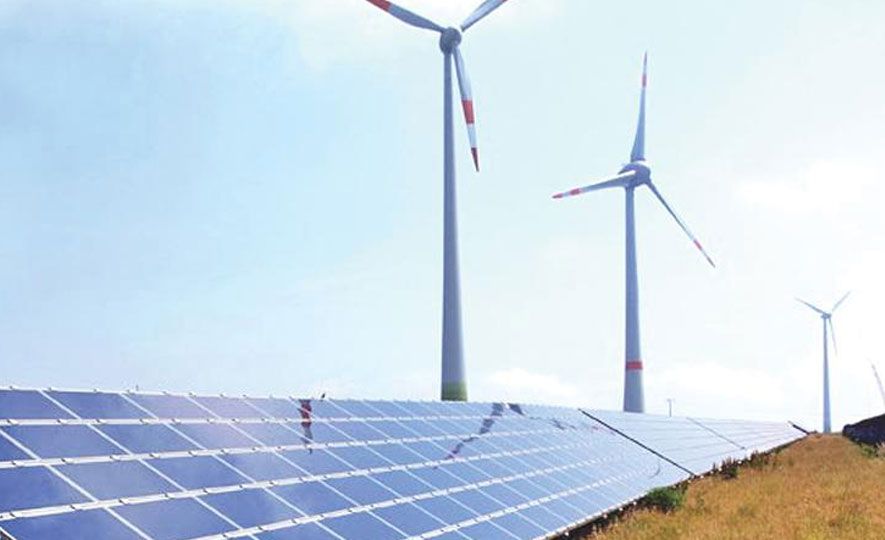 Sri Lanka’s economy has transitioned from a rural agrarian framework to an urbanized service-oriented structure within the last four decades. The country’s service sector accounted for 62.4 % of GDP followed by a 28.9% by the manufacturing sector and an 8.7% by agriculture.

The increasing economic growth has also resulted in an increasing demand for energy within the country, a demand which increases with the country’s present service and manufacturing-oriented economy.

With a total energy demand that exceeds 11 billion kW/h, the country is being catered by several energy sources including indigenous biomass and imported fossil fuel which amounts to a staggering 78% of the total energy production while the rest is served by large and small hydropower, solar, and wind energy generation plants.

With the view to reduce its dependency on costly imported fossil fuels and to reduce the emission of Green House Gases (GHG), Sri Lankan energy sector has been navigating towards the use of renewable energy resources available within the country.

Under the guidance and supervision of the Sri Lanka Sustainable Energy Authority (SLSEA), the country’s private sector has become active participants in renewable energy generation.

A number of large and medium private corporation has been actively participating in the investment and development of medium and small hydropower projects within the country for the last two decades, giving birth to an industry that has expanded its reach beyond the boundaries of Sri Lanka.

Today, Hydropower development companies in Sri Lanka provides an extended range of services from project investment, planning and development as well the production of some electromechanical equipment locally in collaboration with global partners.

The extensive experience gained at home has helped Sri Lankan hydropower development experts and companies to make a significant contribution in developing the renewable energy sector in African and South Asian countries including Nigeria and Uganda.

Despite having regulations encouraging the adoption of rooftop solar panels, Sri Lanka has been unable to produce any gainful traction in the deployment of rooftop solar power generation in the country. One of the primary reasons for this has been the high cost of rooftop solar systems, coupled with the lack of cheap financing or business models available for the public to install and use these systems.

The introduction of a loan and incentive system in collaboration with the Sri Lankan public banks and Ceylon Electricity Board (CEB) as well as the establishment of a series of R&D projects for solar power generation as public and private partnerships are expected to give a much-needed boost to the country’s solar power generation.

While Sri Lanka has been successful in integrating renewable energy to its power generation plan compared to its South Asian counterparts and continues to hold the 39th position for the greenest countries in the world, a stronger commitment from public and private sectors would be essential for the country to reach its sustainability goals in 2050.