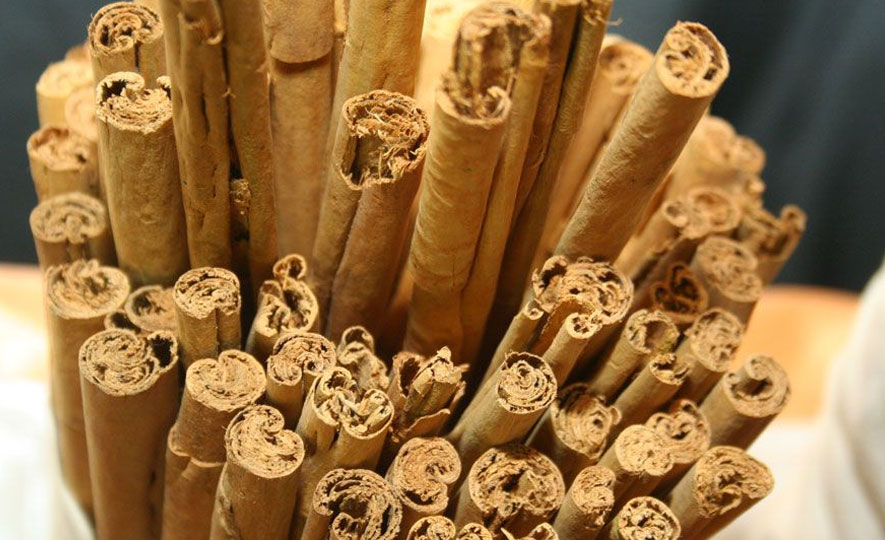 The newest addition to cinnamon's medical and health benefits include its innumerable beauty benefits to skin, teeth and hair.

Ceylon Cinnamon has proved to be more than just a tasty spice and with the lowest amount of coumarin, Ceylon cinnamon has been proven to have a wide spectrum of health benefits ranging from anti-cancer, antibacterial, antioxidant action to improvement of memory, alertness and reducing blood sugar and stress.

Yet, the newest addition to this long list of benefits is the positive effects cinnamon has on skin, hair and teeth. Whether it is grounded, oil or paste, Ceylon Cinnamon provides the same goodness and benefit in large or small doses.

According to the recent findings, cinnamon oil has an instant effect on skin wrinkles. Suffering from dry and wrinkled skin? Dab a small amount of cinnamon oil and feel an instant difference. The cinnamon oil is absorbed deep into the skin smoothing over the wrinkles and moisturising the skin adding an instant plumpness to the skin.

Cinnamon oil is also believed to increase the skin collagen levels and to improve skin elasticity, reducing early signs of ageing and wrinkles.

Cinnamon has been found to have the same rejuvenating effect on the scalp to prevent hair loss and dryness of scalp and hair. Mix one teaspoon of cinnamon powder with another spoonful of honey, olive oil and an egg to a thick mask and apply it on hair and smooth it with a comb. Leave it on for a few minutes and then shampoo to instantly moisturise and condition your hair.

A face mask made with ground cinnamon and honey has been proven to reduce acne and pimples by deep cleansing the facial pores. Leave the cinnamon facial mask for 30 minutes or more to achieve a full facial cleansing and the removal of marks and blemishes. Leave the same mask overnight to remove dead cells and impurities from the skin and to gain a soft and glowing skin

Messaging your hand and feet with a mild amount of cinnamon oil can revive the skin condition and improve blood circulation, providing you with an instant mini-manicure and pedicure at the end of the day.

Suffering from bad breath? Chew on a cinnamon stick on use some water mixed with a few drops of cinnamon oil and clove oil as mouth wash to disinfect and refresh your mouth.

Due to its low coumarin levels, sweet taste and mild fragrance, Pure Ceylon Cinnamon is the most widely recommended cinnamon type to be used in beauty products and treatments, to avoid negative health effects and allergic reactions caused by high levels of coumarin and cinnamaldehyde in other types of cinnamon.