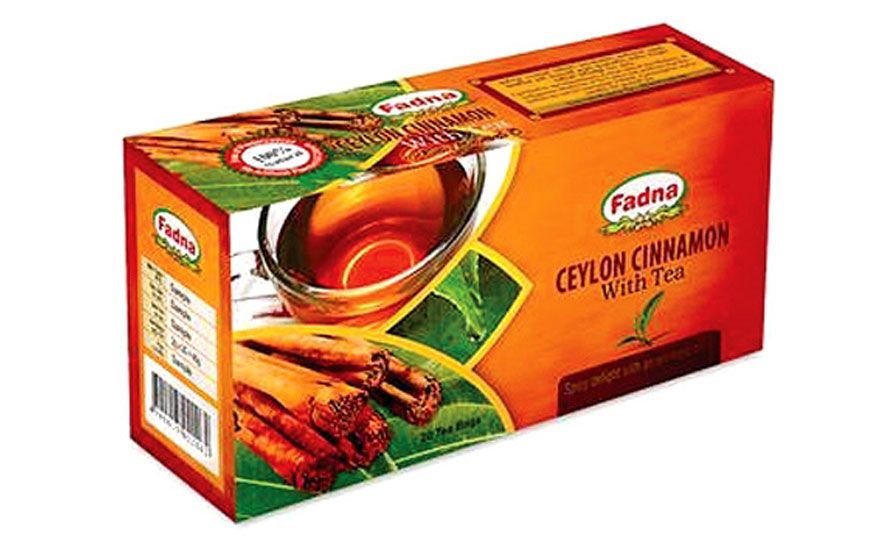 While Ceylon Tea is a rich source of anti-oxidants, Ceylon Cinnamon is a list topper for the highest density of anti-oxidants per 100g, recording an Oxygen Radical Absorption Capacity (ORAC) of 267,536 TE per 100g.

Add a dash of ground cinnamon or a cinnamon stick to your tea and you are super sizing the anti oxidants in tea to gain its fullest benefit. Anti-oxidants offer a powerful and effective protection against the oxidatives found in food, water and in air. As oxidative levels increase in human bodies through normal metabolism and cell function, they increase the likelihood of cancer, diabetes and heart diseases while causing damage to DNA and inducing signs of premature ageing.

However, with antioxidant levels over 200,000 molecules per 100g, cinnamon tea provides a natural protection against the damage caused by increasing oxidative levels and protects human body against the signs of premature ageing, cancer and heart diseases.

The tea and cinnamon combination in Ceylon Cinnamon Tea also acts like a powerful disinfectant, helping to cure and prevent many ailments relating to the bacterial or fungal infections.

The super drink prevents many viral infections like cold and flu, curbs bacterial infection like E-coli and prevents the development and spreading of medication-resistant yeast-infections.

Improved blood circulation also reduces the risks of diseases like varicose vein, gout and reduces the pain in body areas affected by arthritis and rheumatism.

Cinnamon tea is also high in anti-inflammatory properties, and long term consumption of cinnamon tea reduces the chances of contacting Alzheimer's and Parkinson's diseases at the later stage of life, while improving cognition, alertness and memory.

Yet the most appealing of cinnamon tea's health benefits for many modern day tea drinkers would be its' fat burning qualities. Ceylon cinnamon tea when paired with right diet and exercise helps healthy weight loss.

Feeling depressed? Brew yourself a cup of cinnamon tea for instant happiness. Since caffeine in tea and cinnamon fight depression at various levels.

Down in dumps and sad, let a warm cup of cinnamon tea do the trick for you!