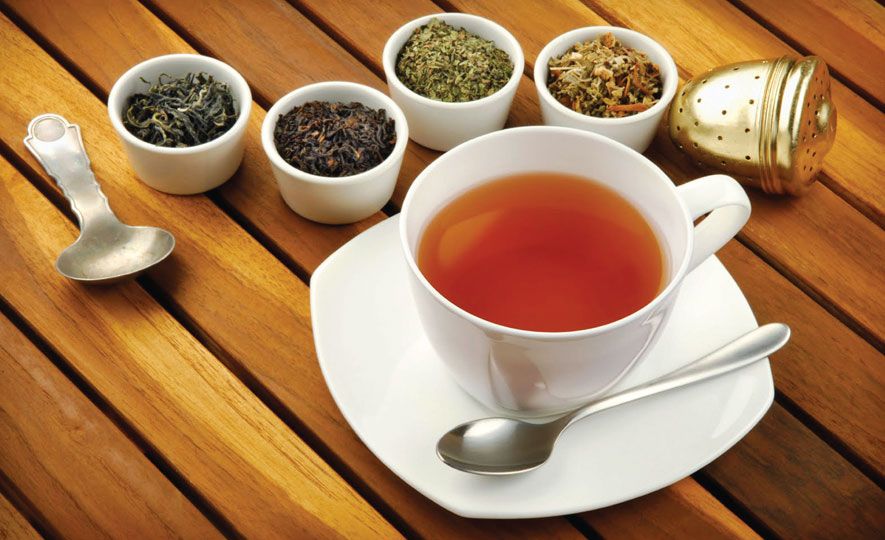 Ceylon Tea is a widely consumed beverage around the world. For centuries, various forms of tea have been shaped and integrated into the cultures of nations across the world thanks to its unique flavors and medicinal properties.

The beverage writes a storied tale that speaks of its rich heritage and global success. Its unique flavor and soothing aroma have tingled the taste buds of even the most discerning drinkers from all corners of the world.

The Land of Tea

The first shipments of Ceylon Tea reached overseas markets in the year of 1873, a mere six years after the beginning of the Tea plantations as 23 pounds of pure Ceylon tea originating from Loolecondera was found stocking the shelves of the London markets.

The effects of Ceylon Tea were immediately apparent. The warm and aromatic tea brewed from these leaves excited the taste buds of connoisseurs across the globe and quickly established itself as a staple product for any tea lover that desired a cup filled with this refreshing drink Sri Lanka soon came to be known as, “the Land of Tea” following the success of Ceylon tea on an international scale.

The demand for Ceylon Tea continued to grow with each year making its way to the first public tea auction for Ceylon tea. It was held on the property of Somerville & Co, Colombo, and was backed by the Ceylon Chamber of Commerce. The event was then routinely conducted each year thereafter and currently holds the position of the largest tea auction in the world based on the number of lots sold with the participation of small tea producers to large-scale tea exporting companies.

Good News for the Taste Buds

Sri Lanka is home to a variety of tea blends that are harvested from tea estates scattered around the mountains and highlands across a range of altitudes as high as 8,000 feet with unique flavours and characteristics in the blends harvested at different altitudes. Tea estates situated at the highest altitudes of over 4000 feet are home to premium blends of tea boasting rich golden colour and potent aromas.

Amongst the many tea blends available, a particularly unique blend of leaves known as Ceylon Silver Tips can be found growing in a few selected estates. This exotic tea is highly sought out for its rarity and medicinal properties. It is being produced in very small quantities with a taste and fragrance unique to its blend as one of the most sophisticated flavours to ever fill a teacup.

For years, Sri Lankan manufacturers have harnessed the wealth of tea blends available to provide a variety of teas and value-added tea products to the global market. Orthodox is the primary production process utilized in Sri Lankan tea making which involves rolling and rupturing dried green shoots that are crushed and fired to produce the famous Sri Lankan Black Tea known for its distinct aroma and taste.

In addition to orthodox methods, Sri Lanka also employs various regular methods to manufacture Ceylon Green Tea and flavoured teas which ensure high grown blends of teas that possess a potent taste and aroma, and are blended with natural flowers, fruits or spices via state-of-the-art technology to produce delectable flavours of teas that are imported in Tea packets, bags or bulk to foreign buyers who highly regard Ceylon Tea items for their unique quality

In recent years, Sri Lanka has taken advantage of its extensive tea research facilities to expand its product range with tea-based products such as soap, bath gels, shampoo, and cosmetics.

The Sri Lanka Tea Board (SLTB) has initiated a global campaign with the intent of promoting and preserving the legacy of Ceylon Tea internationally. This promotional campaign targets over 12 countries: Russia, Ukraine, Japan, China, Australia, the United States of America, Germany, Saudi Arabia, the United Arab Emirates, Turkey, Chile, and Iran.

With widespread roots, this promotional campaign mainly focuses on the following key visions.

With over 150 years of impeccable service, Ceylon Tea currently holds a noteworthy position within the global market. The term, ”Ceylon Tea” resonates with any tea consumer or buyer around the globe. As the brand no longer needs any introduction, the next order of execution is to drive potential consumers towards Ceylon tea by stimulating the product interest until the need to buy the product is achieved.

In addition to promoting Ceylon Tea, this campaign also serves to re-establish the fragmented connection between Sri Lanka and Ceylon Tea in international markets. 50 years ago consumers were able to identify Ceylon Tea from the Island of Ceylon but with the island renaming itself to Sri Lanka, it has caused a perceived distance between the tea brand and its origin. As a result, the global campaign intends to rectify this and fortify the connection between the pure authentic Ceylon Tea as a premium product from Sri Lanka.

When it comes to tea exports, Sri Lanka was initially the global market leader. Export and the production of Ceylon tea employs 1 million employees directly and indirectly while supporting the country to earn 15 per cent of the foreign exchange earnings. ISO 3720 is the minimum standard for tea in Sri Lanka. The products are monitored before being exported under the overseas monitoring system implemented by the Tea Board.

Sri Lanka is now ranked second among the countries that export Black tea. The export of tea is the highest income earner for the country. The value addition during export is a key factor that has supported the industry’s export-related achievements. The demand for value-added tea exports has been growing during the past years. Sri Lankan exporters have been delivering an outstanding service in this context by supplying high-quality products to the world market.

The Meaning Behind the Lion

Branded across any Pure Ceylon Tea packaging is the logo of the Lion considered “The Symbol of Quality”. The Sri Lankan Lion is a symbol of courage, steadfastness, and authenticity, traits that can be commonly found within the people of Sri Lanka. The Lion Logo was devised to protect the quality and integrity that Ceylon Tea has amassed over the 150 years it has been produced and exported. It contains the quality standards set by the Sri Lanka Tea Board on Ceylon tea, it can only be used on packages that contain 100% of the pure Ceylon tea that has no foreign blends and must be processed and packaged within the Island’s borders.

This logo is owned by the Sri Lanka Tea Board. A product bearing the Lion logo certification should carry the grace and legacy of Ceylon tea behind it and live up to the expectations set by what Ceylon tea should represent to the international markets. To consumers, the Lion Logo is a symbol of trust that the product they are purchasing will truly be of the premium quality tea that is unique to Sri Lanka.

After facing certain ups and downs during the years, the Sri Lankan tea industry still contains a lot of untapped potentials. Improved techniques on tea plucking, plantation, input application, post-harvest management, packaging, and transport are being practised especially to improve tea exports. There is also a clear improvement in organic tea production. Big names present in the sector have been certified as planters of organic tea qualified for export.

A large number of institutions have been involved with the sector to support industrial operations. Research and Development facilities ensure improvements in the local product. The demand is facilitated by the well-established infrastructure facilities (eg:- Road and railway network, and highways) within the country. Major international airlines have made private air charter services exclusively for cargo. This makes international trade faster and easier for Sri Lankan exporters.

Emerging sectors such as “Tea Tourism” shows the potential of becoming major income earners in the future. Tea tourism is an experience that is motivated by the history, culture, and traditions related to the consumption of tea. This also involves visiting plantation areas and factories of Tea. Sri Lanka pays the highest wages to its employees when compared to the other key tea-producing countries. Local brands are more concerned about building sustainability within their operations since they consider Ceylon Tea as an Ethical industry.