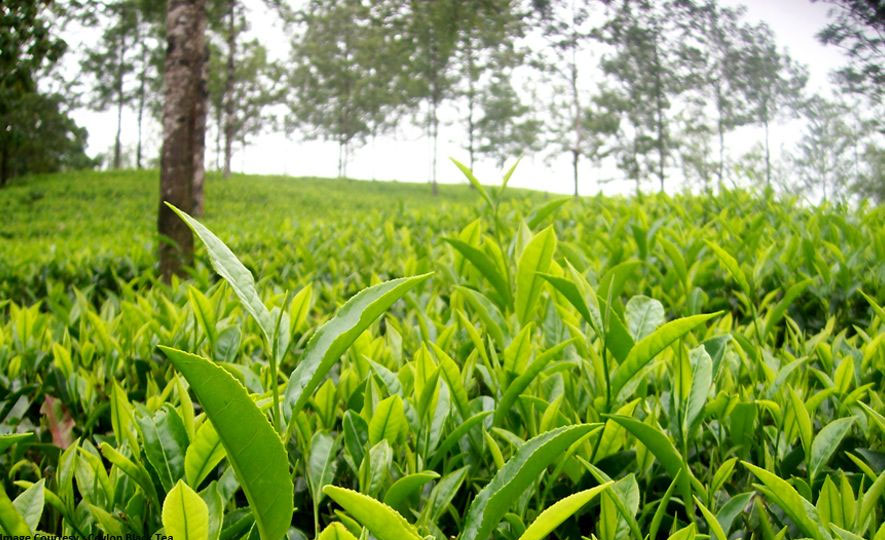 Although tea originated in China nearly 5000 years ago, it is Sri Lanka, then known as Ceylon that made the unique flavor of tea popular across the world during the 19th and 20th centuries.

Distinctively flavored by the terroir, which is the elevation, climate, soil composition, and water quality of an area, and the process it is manufactured, the flavor and fragrance of Ceylon Tea vary distinctively from the tea varieties made across the world.

Each area produces a uniquely flavored Ceylon Tea, mainly due to the contrasting elevation, climate, and terrain in each region. As an example, Ceylon Tea that is grown in high-altitude, low-temperature climes of Nuwara Eliya brews into a golden-colored infusion with a delicately fragrant flavor, which is usually graded as whole-leaf orange pekoe (OP) or broken orange pekoe (BOP). At the other end of the spectrum is the low grown Ruhuna tea, usually cultivated at altitudes not exceeding 600 m in climatic conditions which are warmer than the Central Highlands of Sri Lanka.  The soil compositions and warm climates help the tea bushes grow rapidly with longer tea leaves, which produces fully flavored black teas as well as highly sought after ‘white teas’.

In addition to the terroir, Ceylon Tea also has also gained many unique attributes through Sri Lanka’s characteristic production and cultivation practices.

Ceylon Tea irrespective of its terrain is exclusively handpicked by expert tea pluckers, who have for generations mastered the two leaves and bud method of tea plucking, which is also the base for the production of premium quality tea.

Moreover, Sri Lanka’s tea production methods continue to be artisanal and orthodox compared to the cut, tear and curl (CTC) process used widely across the world. The CTC method is used in producing only 7% of Ceylon Tea today, while most single estate tea producers in Sri Lanka continue to follow the labor intensive yet the orthodox method of tea production which results in small batches of tea with unique flavor and aroma.

Sri Lanka also produces some of the world’s cleanest tea according to the EU Surveillance Report, with comparatively a low level of pesticides and chemicals in the finished product. Ceylon Tea has the minimum of pesticide residues among the tea produced across the world,  according to the International Organization for Standards tests done in 1997 and 1999 and stringent checks are also in place to eliminate dust, grit, sand and fiber from the final production of Ceylon Tea.

Not only the cleanest, Ceylon Tea is also the freshest tea available in the global market. On an average, tea leaves are packed within 2-3 weeks from harvesting, preserving the freshness, flavor, and aroma that is unique to Ceylon Tea.

In the near future, the unique quality of Ceylon Tea will be represented by the Lion Logo and Ceylon Tea trademarks and the geographical indication of Ceylon Tea. A geographical indication is a sign or a branded name attributed to a product that has a specific geographical origin and possesses qualities that derive from its origin. The Sri Lanka Tea Board (SLTB) is on the process of taking the steps to secure the local and global protection for Ceylon Tea and seven major regional tea growing area names under the Geographical Indications (GI) of the Trade-Related Aspects of Intellectual Property Rights (TRIPS) through the World Trade Organization (WTO).

Today even the tea made in Sri Lanka has to abide by a series of strict quality measures to meet the standards of true Ceylon Tea.

The tea must not only be grown and made entirely in Sri Lanka; it must also conform to the strict quality standards laid down and administered by the Sri Lanka Tea Board. It cannot, moreover, be mixed or blended with tea from any other part of the world. Even a blend tea that is 95% of Tea made in Sri Lanka, cannot be described or marketed as Ceylon Tea.

Tea bearing the Lion Logo must also be packed in Sri Lanka yet some overseas distributors and exporters selling tea products that are 100% made in Sri Lanka, can use the term Ceylon Tea to market the products as per the trademark and geographical indications of Ceylon Tea, which also makes sure that the lovers of Ceylon Tea are getting the best brew for their price.