‘Only 4% of Ceylon Tea brewed locally’-EDB 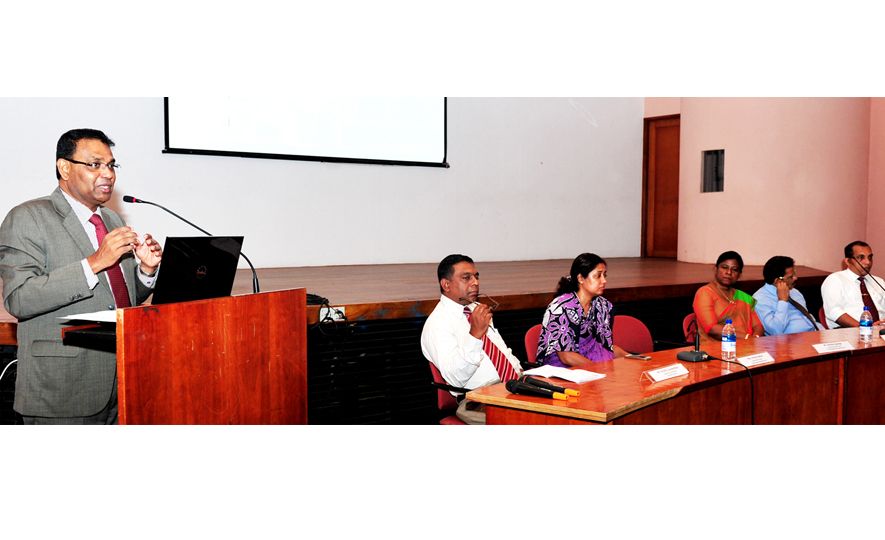 A whopping 96% of Pure Ceylon Tea production volumes leave Sri Lanka to serve eager global buyers while only 4% of it is brewed locally –and the Lankan tea sector is now called to lead the value addition way on 10 July. “Pure Ceylon Tea exports grew by 5.4% in 2014. Only 50% of tea export revenues came from value added while other 50% is from raw tea exports” revealed Bandula Egodage (Chairman & CEO-EDB) on 10 July.

“We cannot run just by exporting raw tea and we need to go for value addition. There is no debate on this. We export 96% of Pure Ceylon Tea production which is 325 million Kgs. Pure Ceylon Tea exports grew by 5.4% in 2014 under the guidance of Minister of Industry and Commerce Rishad Bathiudeen” said Chairman Egodage, and added: “When considering 2014 total export revenues, only 50% from value added tea exports while other 50% is from tea exports in raw form. In terms of tea export volumes, raw exports are higher at 55% while value added exports only 45%. This is an issue that needs to be addressed. Such half-half split is not bad but it does not give us much since raw and value added are bringing in similar amounts! Though we can see value addition but it does not give us the “required value addition” levels. This is the third biggest export item of Sri Lanka and therefore as exporters and manufacturers it is your call and EDB is here to help you today.”

71.1 Million Kgs of Ceylon Tea was exported at the end of this March (’15) at a value of $321 Mn. Ceylon Tea packs almost 150 yrs of history and is Sri Lanka’s largest agricultural export commodity to the global market.