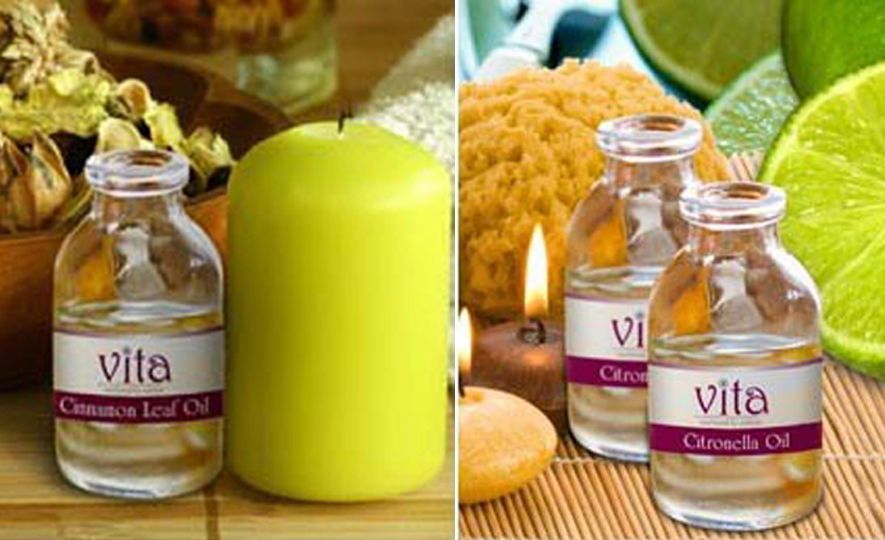 The medicinal and cosmetic benefits of essential oils derived from a host of herbal, spice and flowering plants that are grown widely in Sri Lanka, has been a long kept secret that found its way to the rest of the world through spice trading merchants of Western Asia.

Today spice suppliers in Sri Lanka produce a range of essential oils through distillation of leaves, bark, roots and flowers to derive the oils and essence trapped inside. Among a large number of essential oils produced in Sri Lanka, a dozen or more are favored by aromatherapists and Ayurveda specialists who believe in the curative powers of these oils;

Made from black pepper seeds, a widely grown spice and an essential part of local cuisine, black pepper oil provides fast relief from digestion and indigestion. A widely used healthy alternative to chili pepper, black pepper oil is also celebrated for its antibacterial and antioxidant qualities and is used to prevent cramps, muscle pulls, spasms, and convulsions.

One of the most fragrant essential oils made in Sri Lanka, cardamom oil from Sri Lanka has been used to reduce stress, induce relaxation and is also used as a massage oil to control muscle pains and convulsions. Yet now, cardamom oil is mostly used to fight bad breath and control bacterial development in the oral cavity.

Cinnamon bark oil is produced by Sri Lankan cinnamon cultivators, through steam distillation of cinnamon bark fragments. The process produces a fragrant oil with high levels of Cinnamaldehyde, the cause behind its own distinct smell, which sets it apart from cinnamon leaf oil.

With high anti-bacterial qualities, cinnamon bark oil acts as a quick fix for diarrhea, common cold, flu and pains and cramps in the body. It is also known to stimulate appetite and keeps away mosquitoes. Due to its fine distillation method, cinnamon bark oil is most suitable to be consumed than cinnamon leaf oil.

With a less strong smell compared to cinnamon bark oil due to its low Cinnamaldehyde levels, cinnamon leaf oil made in Sri Lanka is widely used in aromatherapy and in disinfectants we use every day including mouthwash, face scrubs, and shampoos. With a warm and spicy aroma and a dark golden color, cinnamon leaf oil gives the cinnamon fragrance and zesty flavor to your toothpaste and mouthwash and helps to keep your mouth fresh and your skin pores clear.

Made from steam distillation of the leaves and roots of the lemon grass plant, citronella oil made in Sri Lanka stands out distinctively for its warm, citrusy and woody smell and pale to dark yellow color. Mostly used as an insect repellent, citronella oil is also used to treat colds, fever, and headaches. Ceylon Citronella oil from Sri Lanka is also used in fragrances, perfumes and in personal care products as a disinfectant.

A confirmed treatment for a toothache and an essential ingredient in many products used in dental care, clove bud oil is steam distilled from the clove leaf and flower bud. Once one of the lesser known essential oils, it is now used in the production of toothpaste, pharmaceuticals and pain relievers. However, the exact effect of eugenol, the main chemical found in cloves is yet to be proven scientifically.

A light yellow oil with a thin consistency, ginger oil has a pungent smell and strong anti-inflammatory qualities that relieve all kinds of pains and motion sickness. One of the ginger’s most potent qualities is its ability to relieve almost all digestive ailments including nausea, indigestion, diarrhea, gas, and even morning sickness. Sri Lankan essential oil producers use fresh ginger roots to produce ginger oil through steam distillation, which makes the smell less pungent and the oil more consumable.

Made from the red net-like outer cover of nutmeg, mace oil is an aromatic essential oil commonly used in herbal medicine and is used to treat diarrhea, nausea, stomach spasms, and pain. Mace oil is also a potent cure for insomnia and is known to sooth the senses. It is also used in aromatherapy to reduce depression levels.

Made out of the shelled, dried seed of nutmeg, nutmeg oil is used as a flavoring as well as a treatment for joint pains, mouth sores, and toothaches.

Turmeric essential oil from Sri Lanka is obtained by steam distillation of turmeric root and is known to hold strong antiseptic, anti-inflammatory and antibiotic qualities. When applied externally turmeric oil helps to reduce arthritis, muscle, and joint pain. Turmeric oil can also be consumed as a treatment for many gastrointestinal diseases and supports the liver and keeps it healthy.

Made from the fragrant vetiver or savandara, vetiver oil from Sri Lanka is widely used as a pest repellent. Yet it also can be used to heal scars and marks on the skin and is a home remedy for simple burns. In aromatherapy, vetiver oil is used to calm senses and reduce anxiety.