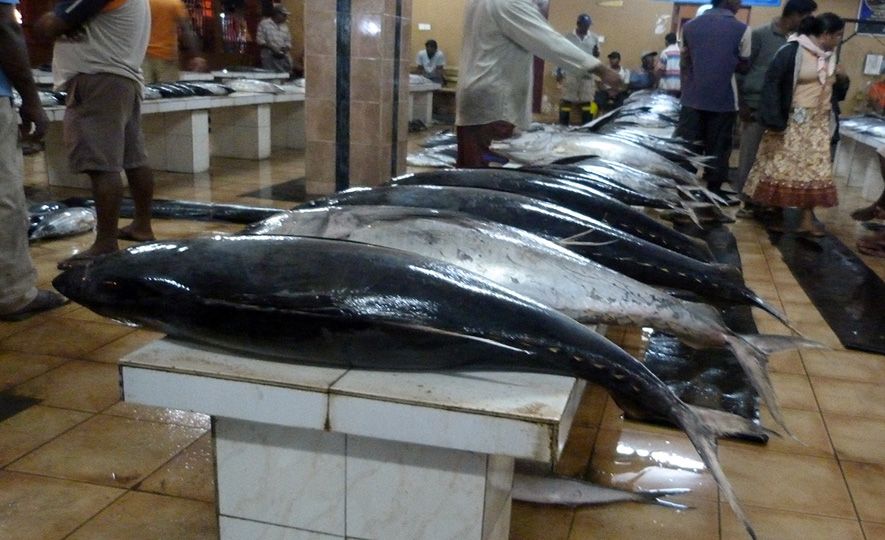 Sri Lanka has exclusive fishing and economic rights for an ocean area of 500,000 square kilometres and a coastal line of 1700 km in addition to inland water bodies, which makes fishery to be one of the promising industries in the country.

Yet many aspects including a three-decade long war, over exploitation and lack of coastal and ocean security, as well as poor understanding of sustainable fishing methods, saw the downfall of a promising industry abundant of resources.

Over the years, governments and international agencies have acknowledged that this enormous resource for fish farming has not been exploited in a sustainable way because, among other things, most of the marine fishing is focusing on coastal areas and not the deep sea. As per inland fishing, changing policies by changing governments ensure politics plays a bigger role than rational, sound and pragmatic policies for the fisheries sector.

However the year 2017 saw a series of changes in the local and global environment, which can make a positive impact on the Sri Lankan fishery industry in the long run.
The industry, which was seeing a change of fortune since the end of the civil war and the revival of the fishing industry in the Eastern and Northern regions of Sri Lanka received a power boost with the reinstatement of GSP Plus from the European Union (EU).

On May 19, 2017, the EU granted better access to its market for exports under GSP +. While the reinstatement was a conditional move, it can boost exports of apparel, seafood and plastic and rubber products to the EU, Sri Lanka’s largest export market.

With the introduction of tariff lift the exports of Fish and crustaceans to EU were expected to grow by a 32% or 30 million. Based in the coastal areas surrounding the country the fishing and fisheries processing industries in Sri Lanka attracts many workers who have been unemployed and displaced by the war, tsunami and other social and economic factors.

With a total of 52 government approved fishing and processing facilities spread across the country, out of which 33 have been approved by the European Union as per their safety, sustainable fishing and safe food processing practices, Sri Lankan fishing industry can expect a better future in exporting seafood and seafood based products to the EU.

The Sri Lankan Tuna and Billfish Fishery Improvement Project plan proposed by the Seafood Exporters’ Association of Sri Lanka (SLSEA) for the years 2017/18 too will concentrate on the improvement of the country’s longline fishing fleet used for tuna and billfish fishing, two types of fish which has a larger market in EU and Eastern Asia.

The FIP will initiate a series of consultations on reviewing the current status of Sri Lanka’s fisheries industry against the Marine Stewardship Council's (MSC) Fishery Standard (v2.0) as an initiative step to upgrade the quality of local industry to global levels.

Meanwhile, the Sri Lankan government agencies are also seeking to position the country’s marine and inland fishing industries as major export earning sectors by establishing aquaculture and marine industry parks in the Eastern and Southern coasts of the country.

Two aquaculture industrial parks are to be established in the Mannar and Batticaloa districts while the establishment of another aquaculture park is being proposed in Hambanthota district. In assistance of the Sri Lankan government’s attempts to provide a quick boost to the local fishing industry the South Korean government too extended a soft loan facility to develop four multi purpose harbours in Maadagal, Chalai, Udappuwa and the island of Delft. Moreover, two technical training colleges on fishing and aquaculture to enhance the technical capacity of the Sri Lankan fishing community in developing sustainable and energy efficient practices in fishing.

Moreover, the Seafood Exporters Association of Sri Lanka (SEASL), fishing communities, government agencies, non-government organizations and academics have also initiated the Fishery Improvement Project for Blue Swimming Crab fishing industry, a coastal fishery industry, which operates in the relatively shallow waters of Southern tips of Gulf of Mannar across the Palk Straits to the Southern boundary of the Bay of Bengal.

Sustainability in the local fishing industry is the main concern that is being addressed aggressively at various levels. While Sri Lanka’s first Marine Finfish Hatchery was inaugurated in Tharmapuram, Batticaloa to facilitate the development of marine finfish farming, and produce sufficient amounts of marine fish to meet the demands of the national and international markets without exhausting the natural supplies the Sri Lankan parliament unanimously amended the Fisheries and Aquatic Resources Act on the first week of July to ban bottom-trawling, a practice which had been threatening the future of the aquatic resources  in Sri Lankan oceans.

With the promising developments in technology training, infrastructure development and sustainable harvesting practices, the Fishing industry in Sri Lanka is in for a better future in the years to come.