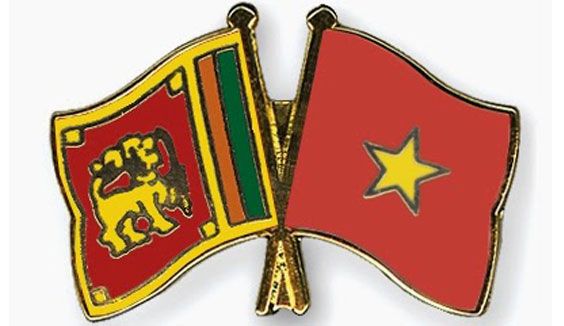 Relations between Vietnam and Sri Lanka are fast developing, and two way trade between the countries has grown by nearly 100 per cent during the last three years, Vietnamese Ambassador to Colombo Ton Sinh Thanh said.

He added, the two-way trade over the past three years has been increasing by around 30 per cent per year, the highest rate among Vietnam trade with other South Asian countries. He made thise revelation at the opening of the first ever Sri Lanka Vietnam business centre in Kelaniya, a venture promoted by the APL Group of Companies. Ambassador Thanh identified the new centre as an important landmark in the economic relations between the two countries. Highlighting the rapid growth of economic relations between the two countries the Ambassador said ; "in the first half of this year our bilateral trade volume reached US $109 million, almost equal to the volume of the whole year 2011. The Ambassador predicted that the total trade volume between the two countries this year will surpass US $200 million.

Sri Lankan exports to Vietnam too had grown considerably to reach US $43 million in the first half of this year, more than total exports from Sri Lanka to Vietnam last year.

"In line the product lines traded between the two countries have also been expanding. In 2012 there were only 39 product lines and in 2013 the number increased to 76," he added.

While suggesting there was ample scope for more improvement Ambassador Thanh noted that a Preferential trading agreement or free trade agreement and exchange of trade delegations and participation in trade fairs between the two countries would further elevate the economic cooperation.

He also commended Aruna Lekamge, Chairman of the APL group for promoting the venture tirelessly until it became a reality.

Central Bank Governor Ajith Nivard Cabraal who participated as the chief guest noted that it was important for Asian countries to build closer trade links as Asia was slated to take over the driving seat of the world economy in the next few years, Quoting a ADB research he said in the first 1,800 years since the beginning of ADB, Asia was the leader of the world economy. Only in the last 200 years the West has surpassed Asia. According to ADB Asia's contribution to world economy by 2030 will exceed 50 per cent, putting it in the driving seat once again.

Kumarasiri Hettige, Secretary Parliamentary Affairs to the President, Members of the business community, staff of the Vietnamese embassy and APL group were presen