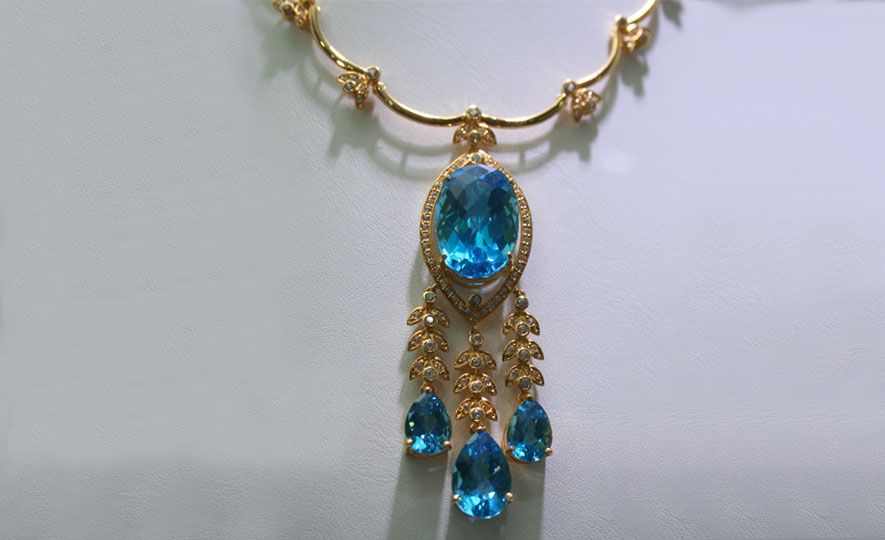 First, the gem and jewellery industry employs between 150,000 to 250,000 people at different levels along the value chain including miners, dealers, lapidarists, jewellers, goldsmiths, retailers etc.

Secondly, the industry currently generates a total of about US $350 million worth of foreign exchange on an annual basis. It’s the seventh largest in terms of export contribution.

The gem and jewellery trade is ‘the best among the rest’ compared to any other products, on account of the the fact that it earns 99% of nett foreign exchange as the resource is entirely produced in Sri Lanka whereas, in the case of the other products, a significant percentage is imported into the country where the value addition takes place and then exported. When it comes to a gem, 99% of the raw material is found in Sri Lanka and the remaining 1% makes up the machinery or material used in the cutting process to further enhance the item’s value.

With the expansion of the gem and jewellery industry currently taking place with the intervention of the government, there will be more job opportunities available due to the large number of new establishments coming up. Various other industries, notably the tourism industry, indirectly benefit from these expansions.

Sri Lanka is currently considered to be one of the best sources of natural sapphires in the world, having earned a top spot on the global list. The Ceylon Sapphire is one of the most famed gemstones in the world. It has been discovered lately that the sapphires and other coloured stones are now growing in popularity vis-à-vis diamonds. This offers Sri Lanka an enormous opportunity as it is a solid fact that this new trend will ensure the growth and expansion of the local market.

The growth of the tourism industry also heralds fresh opportunities for the gem and jewellery industry as large numbers of tourists show a keen interest in purchasing a genuine Ceylon gem or an authentic piece of jewellery as a keepsake or souvenir. Sri Lanka currently exports a great quantity of gemstones to Europe and the Middle East where the demand is highest.

There is strong research evidence that there is a significant number of untapped areas of resource in the country. Industry experts hope to carry out an extensive research project in order to obtain more extensive information about these areas and tap into these resources in order to step up the production of gemstones in Sri Lanka.

Such circumstances ensure a bright future for the development and expansion of the Sri Lankan gem and jewellery industry.