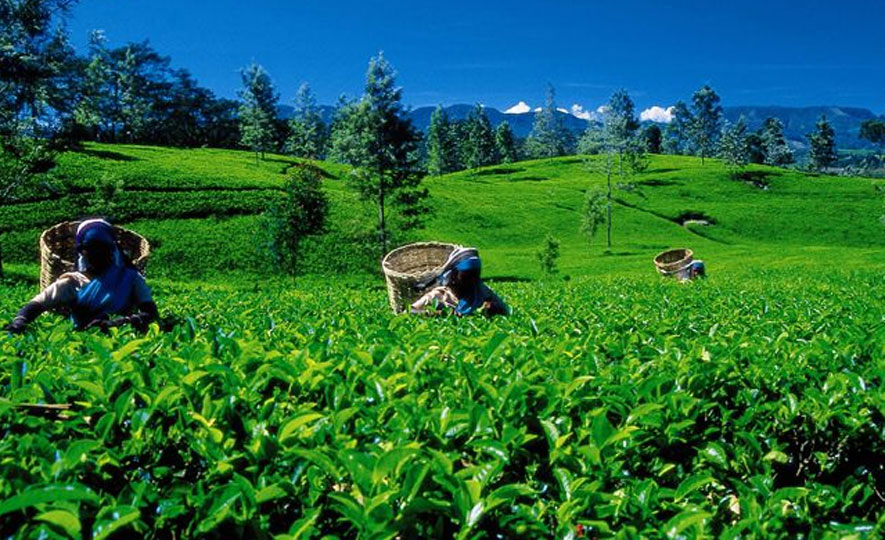 The delicious aroma that emanates as a few spoonfuls of Ceylon tea hit the simmering water in the white jug patterned with tea-buds every morning is refreshing forever. A sip of the steaming cup feels great on the tongue tickling the taste-buds. A great aroma with a fabulous taste, Ceylon Tea is beyond compare. Whether it’s in the morning or in the evening, a hot cup of tea is always a delectable drink.

But, as the Book of Tea, Kakuzo Okakura’s 1906 philosophical treatise on tea says, tea had been a medicine long before it became a beverage. The potent natural antioxidants that abound in green & black tea can protect regular tea drinkers from a number of degenerative diseases such as heart disease, high blood pressure, stroke, cancer and diabetes.

Continual consumption of correctly brewed Ceylon Tea is known to decrease the oxidation of fat. Catechins in green tea, theaflavins and thearubigins in black tea can inhibit lipid oxidation and plaque formation (which can cause heart disease), whilst cutting cholesterol. Regular consumption of tea is also known to reduce blood clotting. Blood clotting heightens the risk of coronary thrombosis.

Numerous in vitro and in vivo studies have discovered that polyphenols in green and black tea can directly combat and neutralize chemical carcinogens thereby decreasing the risk of cancer. It has also been shown that tea stimulates the activity of detoxifying enzymes which are naturally found in the human body. Regular consumption of tea -fresh tea in particular- arrests the growth rate of tumours whilst preventing the formation of large tumours.

In Type-1 diabetes the pancreas fails to generate the amount of insulin required to regulate blood glucose. In Type 2 diabetes liver and muscle cells cannot use the insulin produced to regulate blood glucose. Some plant extracts carry substances, which could ape the action of insulin and help in controlling Type 2 or non-insulin dependent diabetes. The flavonol, myricetin, which is found in green and black tea is believed to be able to mimic insulin activity.

The enzyme alpha-amylase catalyses the transformation of starch in food to glucose in the digestive process. Glucose in the digestive tract is easily absorbed into the blood stream while starch is not absorbed. Polyphenols in tea inhibit alpha-amylase activity and could contribute to reducing blood glucose. Research suggests that tea consumption can be highly beneficial for diabetics.

Antioxidants in tea can alleviate oxidative stress. Diseases of old age are believed to result from the attacks by Free Radicals. Tea polyphenols check the action of Free Radicals and can contribute to better quality of life for the elderly and also possibly longevity.

Tea contains fluoride; therefore, tea drinking significantly contributes to fluoride intake and to the prevention of tooth decay. It has been uncovered that in addition to fluoride, the polyphenols in tea also serves to prevent tooth decay. Recent studies have revealed that tea checks the growth of other harmful microorganisms in the mouth.

Food derived from natural plant generally contains antioxidants even though the antioxidants in green and black tea are much greater than the levels found in fruits and vegetables. Approximately, two cups of tea are tantamount in antioxidant capacity, to five portions of fruit or vegetables.

Researchers generally hold that 5-10 cups of tea are recommended although no adverse effects have been reported from consumption of more than this number.