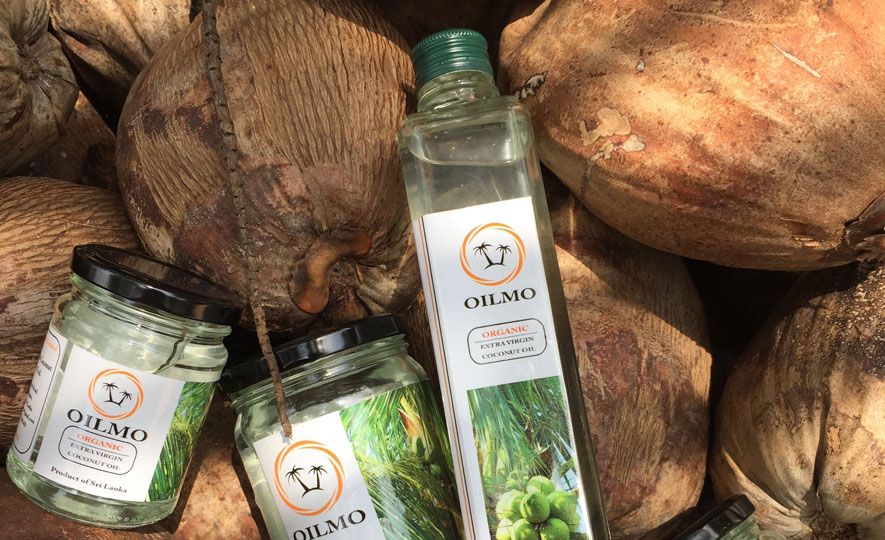 Hailed as a 'superfood' in the truest sense of the word, coconut oil boasts a unique combination of fatty acids that lead to effective fat burning, better cognitive function along with a range of other health benefits.

Coconut oil is one the richest sources of 'staurated fat' known to man, with almost 90% of the fatty acids in it being staurated. Due to the same fact, it wasn't long ago that coconut oil was blamed as a principal cause of heart problems.

But, now there's strong new data that conclusively points out that 'staurated fat' is harmless and does not lead to artery-clogging as it'd been suggested earlier.

2. The more Coconut you consume, the healthier you become

While, in the West, coconut may be an optional exotic food for the health-conscious, it's a dietary staple for certain populations in the world. Tokelauans, who live in the South Pacific take over 60% of their calories from Coconut. Importantly, they're very healthy with little evidence of heart disease.

Coconut Oil is a most effective remedy for burning fat and controlling obesity. The medium-chain triglycerides (MCTs) in coconut oil can step up energy expenditure in comparison with the same amount of calories from longer chain fats.

One study found that 15-30 grams of MCTs per day boosted 24 hour energy expenditure by 5%, adding up to about 120 calories per day.

12 carbon Lauric Acid accounts for almost 50% of the fatty acids in Coconut Oil. When it's enzymatically digested, Coconut oil generates a monoglyceride known as 'monolaurin.' Both Luric Acid & Monolaurin can kill harmful pathogens like bacteria, viruses and fungi.

5. Coconut Oil reduces your hunger and makes you eat less

Did you know coconut oil could kill your hunger?

As it was revealed earlier, the MCTs in Coconut oil is metabolized differently; ketone bodies it creates result in loss of appetite.

In one study, different amounts of medium & long chain triglycerides were fed to 6 healthy men.

The men eating the most MCTs had 256 fewer calories per day, on average.

Another study in 14 healthy men discovered that those who ate the most MCTs at breakfast had significantly fewer calories at lunch.

Admittedly, these studies were only done for a short period of time. If this effect were to continue during the long term, it could command a dramatic influence on body weight over a period of several years.

6. The fatty acids in Coconut Oil are turned into Ketones, which can reduce seizures

A ketogenic (very low carbohydrate, very high fat) diet is being studied as a potential remedy for a number of disorders.

The best known therapeutic application of this diet is in treating drug-resistant epilepsy in children.

This diet entails having very little carbohydrate and large amounts of fat that may result in highly increased concentrations of ketone bodies in the blood.

For some reason, this diet can drastically bring down the rate of seizures in epileptic children, even those who haven't had success with many different types of drugs.

Because the MCTs in coconut oil go to the liver and turn into ketone bodies, they are often used in epileptic patients to induce ketosis while allowing for a bit more carbohydrate in the diet.

Coconut oil is rich in saturated fat, which, quite contrary to the earlier belief, does not harm the blood lipid profile.

Saturated fat raises HDL (the good) cholesterol and turn the LDL cholesterol to a benign subtype.

In one study in 40 women, coconut oil reduced Total and LDL cholesterol while stepping up HDL in comparison with soybean oil.

This improvement in cardiovascular risk factors should probably lead to a reduced risk of heart disease over the long term.

8.Coconut Oil can protect hair from damage, moisturize skin and serve as sunscreen

Many people are using coconut oil for cosmetic purposes and to improve the health and appearance of their skin and hair.

Studies on individuals with dry skin demonstrate that coconut oil can improve the moisture and lipid content of the skin.

Coconut oil can also protect your hair from damage and one study shows its effectiveness as sunscreen, blocking about 20% of the sun's ultraviolet rays.

Another application is using it like mouthwash in a process called 'oil pulling', which can kill some of the harmful bacteria in the mouth, reduce bad breath and improve overall oral health

Sri Lankan Coconut Oil suppliers produce and export virgin coconut oil that offers a multitude of health and other benefits as mentioned above. At Sri Lanka Export Development Board, we're keen to invite you to source virgin coconut oil from Sri Lanka.