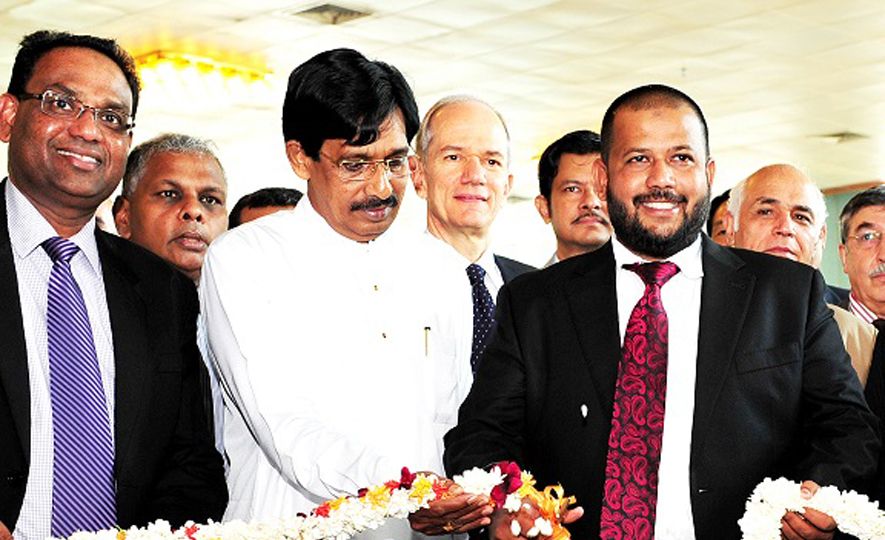 Sri Lanka’s footwear and leather exports have doubled within a short period of one year and posted the highest revenues so far in recent times-and the sector lauds praise on the Industry and Commerce Minister for the provision of first modern tannery complex for them, as reported on 06 February.

“Today I am pleased to announce that the $51 Mn export revenues in 2013 from this sector have more than doubled in 2014 to $110Mn showing this sector’s strong revenue potential. This performance supports the export promotion efforts of the 100 day program of HE the President Maithripala Sirisena as well” said Rishad Bathiudeen (Minister of Industry & Commerce of Sri Lanka) on 06 February in Colombo.

Minister Bathiudeen was addressing the seventh edition of annual Footwear and Leather Fair organized by EDB and held at BMICH, Colombo. Having successfully completed six previous editions, the EDB is organizing the latest event, which will close on Sunday 08 February. The event is supported by the Industrial Development Board (IDB), Sri Lanka Footwear and Leather Products Manufacturers’ Association (SLFLPM), as well as other industry stakeholders. Also attending the opening session were government officials and members of the diplomatic community.

“I wish to commend the more than 40000 strong workforce in this sector as well as producers and award-winning Sri Lankan footwear exporters in Sri Lanka” said Minister Bathiudeen, and added: “They are successfully supplying to global footwear brands such as JC Penny, John Lewis, and Bata Switzerland and to such competitive markets as the Italian market. As you are aware the leather and footwear industry of Sri Lanka has been identified by my Ministry as a thrust industry for development. 10 large export companies, 30 medium companies and about 3000 small manufacturers have been engaged in this sector, contributing to its increasing exports growth. In fact, today I am pleased, to announce that, the $51 Mn export revenues in 2013, from this sector have, more than doubled in 2014 to $110 Mn showing this sector’s strong revenue potential. This performance supports the export promotion efforts of the 100 day program of HE the President Maithripala Sirisena. Experienced senior persons of Sri Lankan footwear & leather industry university lecturers and assessor of this sector are in the panel of judges of the design competition to be held in parallel. The increasing demand for our products creates the need for more raw material and inputs. India has become a steady supplier of raw material to this sector.”

The export revenues from F&L sector witnessed steady growth over the years. Total exports of F&L in 2010 which stood at $35.64 Mn have tripled to $110 Mn in 2014, which is also a YoY growth of 215% over 2013 values. Leading three markets for Sri Lanka’s leather products are Germany, Canada and Spain while Australia, Vietnam and Italy lead for footwear.

Addressing the event, Sithendra Senaratne MD/CEO of Ceylon Leather Products PLC said: “During the last ten years, the tanners in the leather sector have been promised by various governments to relocate them all over the country. Finally, with Minister Bathiudeen’s help, we managed to get a 100 acre site from Mannar District and Minister Bathiudeen is kind enough to accommodate us in his own electorate. We thank him for this. We leave it in his good hands to safeguard this industry, which is a forex earning source.”

“This industry is quite important to Lankan economy employing almost 40000 workforce” said Bandula Egodage (Chairman & CEO-EDB), addressing the event, and added: “We are upgrading tech capabilities for SME sector and encouraging value addition. We are not just selling footwear but selling fashion footwear. That is the value addition we are talking about.”

114 local and 11 foreign companies are displaying their products across 225 stalls at the seventh edition of annual Footwear and Leather Fair show which ends on 08 February. International buyers from Nepal, Oman, Pakistan, and India are present at this year’s fair.